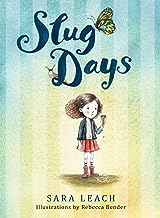 On slug days, Lauren feels slow and slimy; she feels like she has no friends and adults don’t understand her.  She has a hard time functioning in class, and sometimes “flips her lid”.  On butterfly days, everything goes right.  Lauren has Autism Spectrum Disorder and sees the world differently than many others.
In Slug Days, Lauren tells her story of trying to make friends, trying to please adults, and trying to understand how she can fit in.  But with support from her parents and caring teachers, she learns tricks to stay calm, understand others’ feelings, and even befriends the new girl in class.

Slug Days is a great book to gain insight into children with learning differences, and I recommend it to readers 3rd grade and up.

The One and Only Ivan by Katherine Applegate.  Harper Collins, 2012.

Ivan is a gorilla whose domain is a glassed in room in a shopping mall.  Taken as a baby from his family, Ivan barely remembers his life in the wild.  Ivan tells his own story about his human owner Mack, his friends Bob (a stray dog), and Stella (an elephant).  For the most part Ivan is content in his domain, watching the humans from his room and interacting with Bob and Stella.  He even paints pictures, which Mack sells to make a little extra money, because the circus-themed mall is not bringing in the customers it used to.  Mack is more bad-tempered than he used to be, but Ivan barely notices.  And Stella seems to get sicker and sicker.

But then a baby elephant named Ruby is added to the show.  With the help a human girl named Julie, Ivan determines that she will not suffer the same fate as Stella.

The One and Only Ivan is based on an amazing true story.  Ivan spent 27 years alone in a cage, until public outcry demanded he be moved.  Ivan lived out the remainder of his days in the Atlanta Zoo.  You may also enjoy the companion picture book by the same author Ivan: the Remarkable True Story of the Shopping Mall Gorilla.

This is one of my all-time favorite books in recent years.  It is also the winner of the Newbery Award.  I recommend this book for animal lovers grades 3 and up. 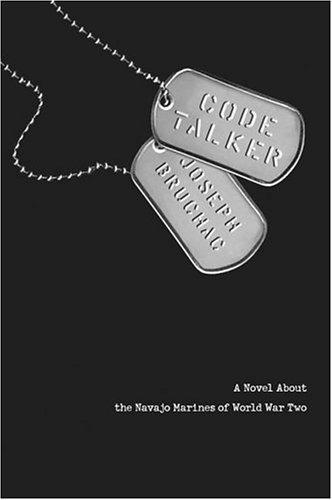 I have long been fascinated by the story of the Navajo Code Talkers of World War II since first seeing a documentary about them decades ago.  In Code Talker, Ned Benay gives his first person account of his life as a Marine in the Pacific theater of World War II.  Ned recalls his childhood, when he was sent away to boarding school, where he was to learn English and was punished for speaking his own language.  The time came, however, when the United States government called upon the Navajo people to serve the country which had once conquered them.

Benay along with many other Navajo are recruited by the Marines to become “code talkers”.  Using their native language, the Navajo Code Talkers designed a code to use during combat.   The code was never broken, and after the war was over, all of the Code Talkers were sworn to secrecy.  They kept their secret, returning to their lives on the Navajo reservation, until the information was declassified in 1968.

Ned Benay is a fictional character based on the more than 400 original Code Talkers of World War II.  He describes his childhood in which he encountered racism and discrimination, his eagerness to join the war, and the battles the Pacific Islands in which he participated.

If you enjoy reading history, war stories, or books about Native Americans, this is a great book about some of the unsung heroes of American history.
I recommend this book for readers grades 4 and up.

Army brat Ally is used to being the new kid.  With her father deployed, she is once again the “new kid” at school, and as usual is having trouble fitting in.  Ally has learned to keep her darkest secret from every teacher and even her mother: the letters on a page move around, give her headaches, and she can’t read or write.  To keep her secret, she acts out, but secretly thinks of herself as stupid.  But her new teacher Mr. Daniels is determined to help her learn that she is smart and gifted in many other ways.  As her confidence grows, Ally also learns to deal with the class bullies, and makes friends with two classmates who are also outcasts.

If you enjoy Patricia Polacco’s Thank You, Mr. Falker, which also addressed dyslexia, or R.J. Palacio’s addressing of “differentness” and the dynamics of a middle school classroom in Wonder, you will enjoy reading about Ally’s journey.

Anthoni Gillis isn’t the kind of girl who believes in fairies, unicorns or other magical beings.  She’s more of a comic book hero kind of girl.  What she really believes in is her foolproof plan to find a “True Blue Friend” because traveling around with her mother for the last five years promoting beauty products has left her friendless.  Her mother brings her to a resort at Thunder Lake, a place she remembers fondly from her childhood.  But the Show Boat Resort is now a run-down wreck run by an eccentric old lady, her mother’s cosmetic business is in trouble, and Anthoni has trouble making friends with the local children.  It also doesn’t help that she is eleven years old, and must take swim lessons with the kindergartners!  There are rumors that Thunder Lake is home to the Boulay Mermaid, and though Anthoni is skeptical, events are starting to look as though that just might be true.

Anthoni is a likeable and spunky character, and the book raises timeless questions about real friendship, truthfulness, and hope.

Recommended for readers grades 3 and up.

Bud, Not Buddy by Christopher Paul Curtis.  Delacorte Press, 1999.
Winner of the Newbery Award, the Coretta Scott King Award, Parents’ Choice Award, and several others, Bud, Not Buddy has been on my To Be Read list for 20 years.  I am so glad I finally got around to reading it!  Set during the Depression, orphan Bud Caldwell runs away from an abusive foster home and sets out from Flint, Michigan, to Grand Rapids seeking the man he believes to be his father, the leader of a jazz band.  The novel shows the realities of life during the Great Depression, the inherent racism and poverty of the era.  Although a realist (and self-avowed accomplished liar) Bud is also hopeful, kind, likeable, and vulnerable.  For every unkind person Bud encounters, he also makes friends out of strangers.  For readers who enjoy historical fiction and plucky heroes, I highly recommend Bud, Not Buddy, and plan to read other books by the author very soon.
Recommended for readers grades 3 and up.

Shannon Sansom
Welcome to the Youth Services blog! I am your Youth Services Librarian, Shannon Sansom. I'm a graduate of North County High School, Mineral Area College, University of Missouri-Columbia, and University of Texas-Arlington. After being a Texas school librarian for 20 years, I moved back to Missouri. I'm very happy to be serving the children and families at Ozark Regional Library.

Receive Our Library Newsletter By Email